What is the Role and Selection of Emulsifier in Ice Cream Production? 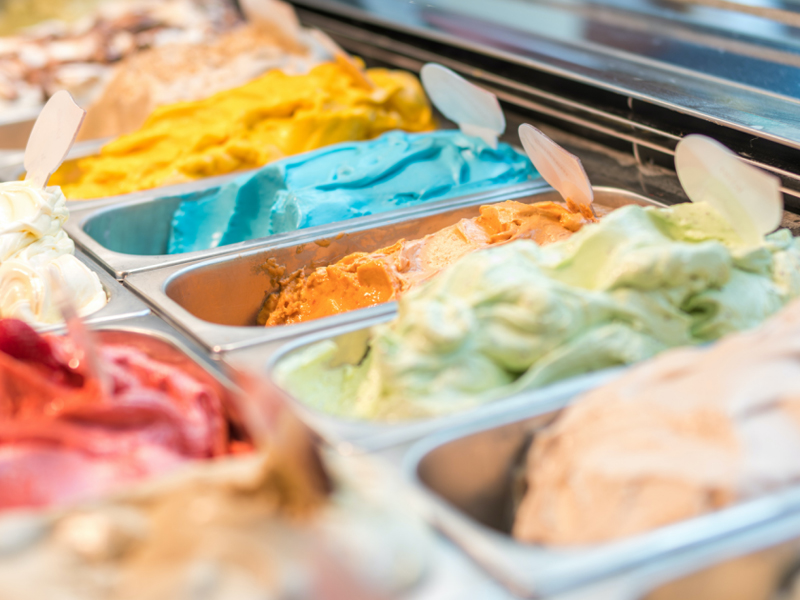 The ice cream mixture is an A (gaseous phase ) + (O/W) emulsion. An emulsifier can reduce the tension between oil and water. At the two interfaces, a multi-molecule adsorption film with mechanical strength is formed, so that the dispersed phase particles form a double-electron structure and prevent the particles with the same charge from colliding or coalescing. Improve the dispersity of fat, make the ice crystals in the product fine grain size, smooth texture.

Emulsifier has many functions in the process of ice cream production and plays different roles in different stages of production. In the phase of ingredients and homogenization, the emulsifier plays a role in promoting the dispersion of fat and stabilizing the emulsion. Promoting fat cohesion in the aging stage; The freezing stage is to promote the interaction between fat and protein, so that the emulsion is unstable or demulsifying, so as to control the aggregation of fat. The attached fat globules are arranged on tiny air bubbles to form a three-dimensional network of knots that form the backbone of the ice cream, stabilizing the bubbles, improving the shape and stability of the ice cream, and giving it a pleasant texture.

The effect of the emulsifying agent in the ice cream mixture can be summarized as follows:

HLB value is the preferred index of emulsifier, which largely determines the performance of the emulsifier. In the selection, according to the composition of the ice cream mixture, process requirements, to determine the required emulsifier. At the same time, it should be pointed out that the HLB value does not take into account the molecular structure characteristics, and the nature and efficacy of emulsifiers are also related to the types, molecular structure, and molecular weight of hydrophilic and oil-philic groups. For the convenience of selection, the following is briefly described.

3. Determination of the Amount of Emulsifier Added

The amount of emulsifier added in ice cream is related to the fat content in the mixture, which generally increases with the increase of fat content. See the below table for the performance and the number of different emulsifiers.